Legendary Swedish Death Metallers SARCASM have released the official video for “Scars of a Land Forgotten,” a track from forthcoming Dark Descent album Within the Sphere of Ethereal Minds. Death awaits at https://youtu.be/tTz1tjMQ-R4
Within the Sphere of Ethereal Minds will be released April 28 on Dark Descent Records. Pre-order it at this location.
Just can’t get enough? Check out the Decibel premiere of ‘”Silent Waves Summoned Your Inner Being” at this location. And a lyric video for “In The Grip of Awakening Times” is available at here.
Following the unearthing of their first proper full-length, Burial Dimensions (originally recorded in 1994 and officially released in 2016), the new long player is in a sense the payoff of a long, bumpy history that included demos, compilations, and an EP (Scattered Ashes in 2000). Indeed, it is the full realization of SARCASM’s blackened Swedish Death Metal sound, yet with an identity all its own.

While the music of all eight tracks was written by guitarist Peter Laitinen, he somehow did find that perfect balance in between that very specific sense of melody that could only be summarized as ‘typically Swedish’ (fans of the early No Fashion records catalogue will know exactly what we mean here), raging speed and brutality. With one foot firmly planted in the mid-90’s and another in the present, SARCASM is no nostalgia trip, but a genuine return to form to that specific mix of black and death-metal, before saccharine riffing and cheesy clean vocals took over and ruined it all. Moving from the melancholic leads of “Embodiment of Source,” they answer with the blast-o-thon that is “Scars of a Land Forgotten” or the epic-to-kill-all-epic that is the eight-minute-plus “A Black Veil for Earth.”

“It may have taken them a long time but it was worth the wait. Hail Sarcasm!”
– Olivier Badin (Terrorizer / New Noise)
“Within the Sphere of Ethereal Minds delivers the goods and is another in a long line of quality death metal outings released by Dark Descent Records.”
– Pure Grain Audio
“Every fan of early melodic death metal has the absolute obligation to support these troops.”
– Powermetal.de
Track List:
1. Bloodsoaked Sunrise
2. From the Crimson Fog They Emerged
3. Embodiment of Source
4. Scars of a Land Forgotten
5. In the Grip of Awakening Times
6. Silent Waves Summoned Your Inner Being
7. A Black Veil for Earth
8. The Drowning Light at the Edge of the Dawn 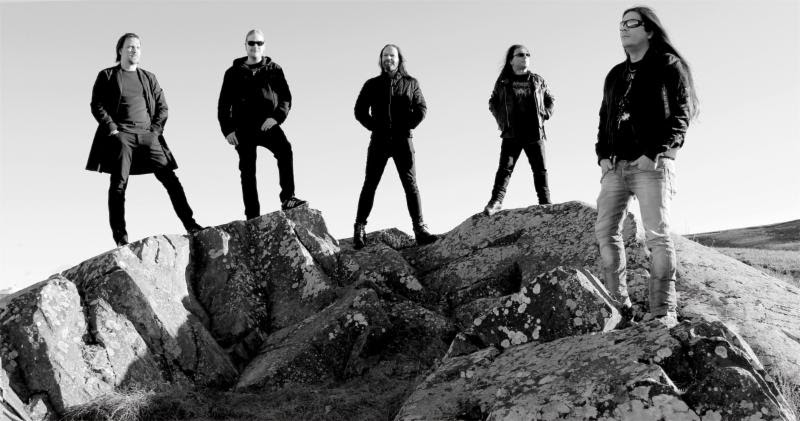 BIO
What a journey it has been.  Ok, technically speaking, this isn’t their first proper full-length – ‘Burial Dimensions’ is.  Although ‘Burial Dimensions’ was recorded in 1994, it remained unheard in the vaults until seventeen years later and was finally released as a stand-alone album in 2016.  Despite an initial short run, Sarcasm produced no less than six demos and went through some drastic stylistic changes in the process, starting with a quite basic gore n’ guts death-metal sound only to end up with some epic and melodic mix of black and death-metal.  All of this over the course of only four years… So there was an unfinished-business vibe in the air.  No one thought it would take the band over two decades to make it a reality.
After a first, short-lived reunion in 1997, a newly redesigned line-up of the band finally got together in 2015 with Heval, Oscar Karlsson (Defleshed, Gates of Ishtar etc.) on drums who had previously played in the band in between 1993 and 1994, former axeman Henrik Forslund now on bass, Fredrik Wallenberg and newcomer Peter Laitinen on guitars.  But as they were getting ready to work on some new music for their forthcoming sophomore album, tragedy struck with the unexpected death of Oscar, whose hard-hitting yet extremely precise style had become a massive part of the band’s identity.  After few weeks of disarray, the band vowed to carry on, enlisting the veteran Matte Modin (also from Defleshed, Dark Funeral, Firespawn and so on) who actually was part for a while of Embalmed, Wallenberg pre-Sarcasm band.
Eventually, both Wallenberg and Forslund had to bow out right before the recording, to be replaced respectively by Anders Eriksson, who had previously been part of the band during the ‘Burial Dimensions’ era, and Jonas Söder.  Amazingly enough this doesn’t prevent ‘Within the Sphere of Ethereal Minds’ to be a defiant triumph. Actually, it feels as if all those setbacks and personal struggles only strengthened their will to recapture ‘Burial Dimensions’ blazing stand and run with it even further.
Heval Bozarslan – Vocals
Peter Laitinen – Guitars
Anders Eriksson – Guitars
Jonas Söder – Bass
Matte Modin – Drums
www.sarcasmsweden.se
www.facebook.com/sarcasmsweden
www.darkdescentrecords.com
darkdescentrecords.bandcamp.com
www.facebook.com/DarkDescentRecords

ROCK ON THE RANGE 2017 LINEUP ANNOUNCED