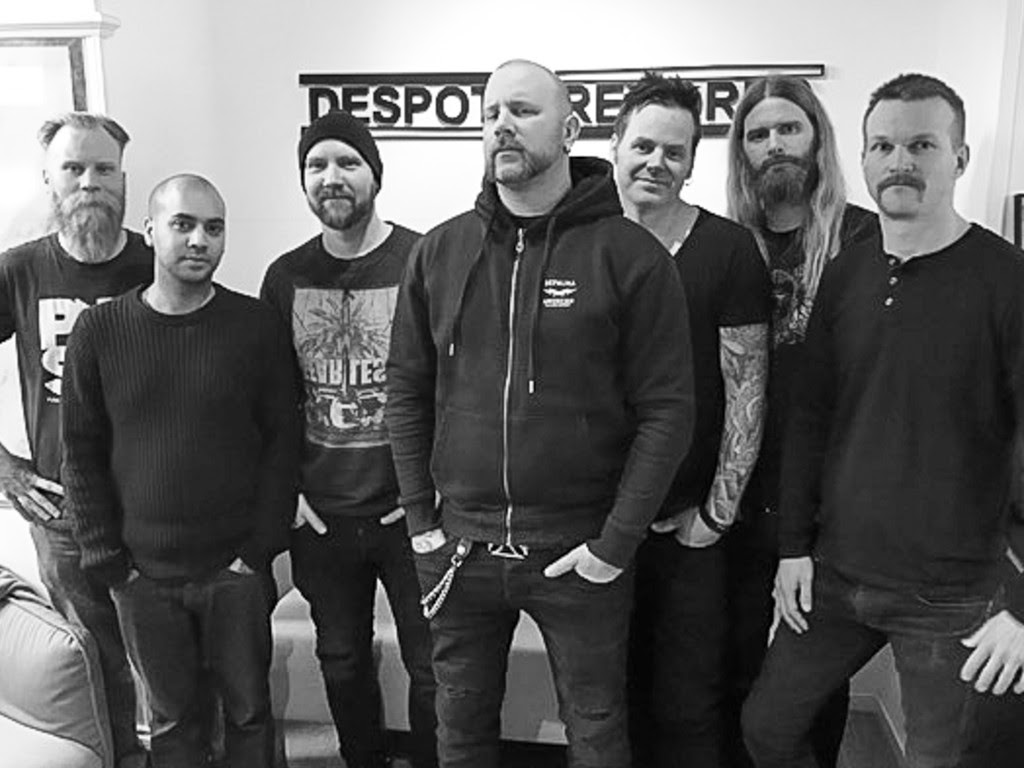 Swedish hard rock band Sparzanza can look back on a 20 year long career filled with explosive metal, award nominations, radio airplay and loads of tours and live gigs. The band has made a huge effort and has been looking for the right label to work with further.

“After meeting up with Sparzanza we can definitely say that we’ve found each other.,” says Carl-Marcus Gidlof of Despotz. “Both through innovational thinking, digital media and the fact that we want to work on taking the band to an international level taking advantage of Despotz strong presence both digitally and physically. We’re very pleased that they choose to have us as part of their team and welcome Sparzanza to the Despotz Family.” Carl-Marcus Gidlöf, Despotz Records

The band has released seven dark hard rock albums and a double compilation album since 1996. In the recent past Sparzanza have found themselves riding in wake of rock legends and have set their sights on main stages everywhere.

The band says, “The creative spirit at Despotz is nothing we have ever felt at any label we have worked with before. Our crazy ideas get thumbs up and we really feel that we have the possibility to develop Sparzanza towards what we want the band to be and achieve. To feel prioritized, listened to and like nothing is impossible is what made us sign this deal. We can’t wait for what´s to come.”