SOCIETAL ISSUES, OBJECTIVITY, OPINIONS, AND PHIL LABONTE OF ALL THAT REMAINS 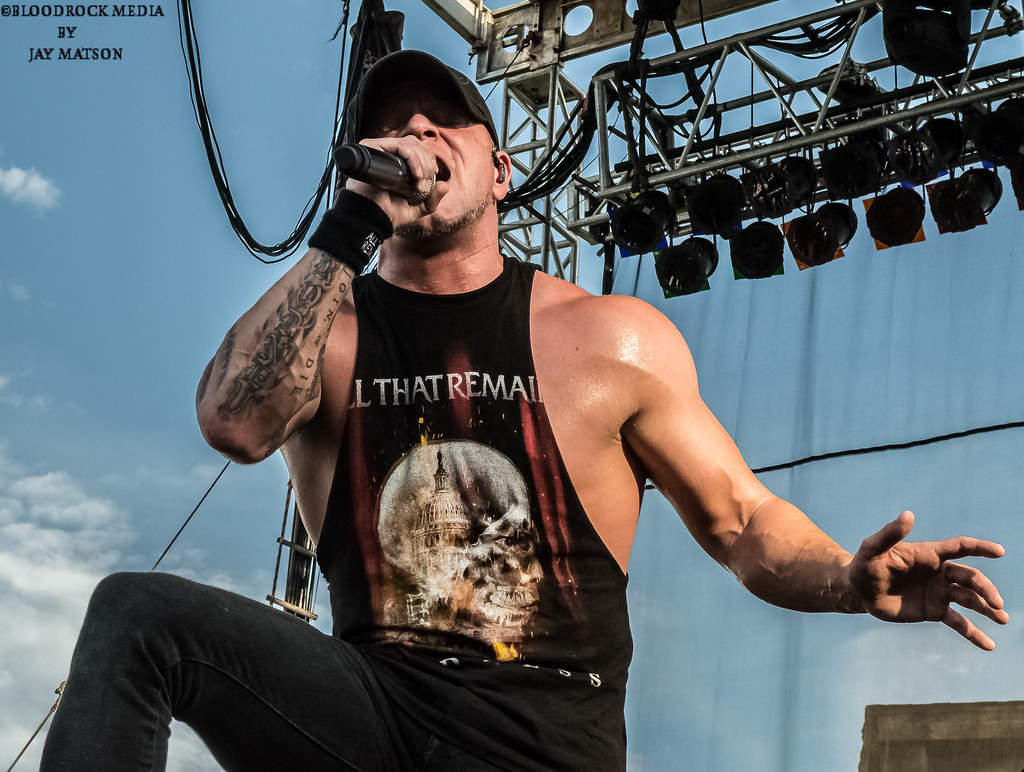 Phil Labonte of All That Remains

SOCIETAL ISSUES, OBJECTIVITY, OPINIONS, AND PHIL LABONTE OF ALL THAT REMAINS

On February 19th, an article written by Axl Rosenerg was published by Metalsucks.net, which many have concluded it to be combative and misleading. The article attacked All That Remains frontman Phil Labonte and his opinion on gun control, following the incident last week in Parkland, Florida.

The article’s headline read, “All That Remains’ Phil Labonte has spoken out in favor of continuing to allow the ongoing murder of innocent children in exchange for making weapons manufacturers rich and allowing men with small penises to overcompensate.”

Reading this story was shocking to say the least, so we at Bloodrock Media did a bit of research Not because we don’t think publications should have or express opinions(obviously we do op-eds), but we wanted to understand why they would publish an article with such a serious accusation.

It was immediately apparent to us that the headline was meant to mislead readers, specifically with the statement Labonte favors the murder of children.  It appears this opinion was formed simply because he is a gun owner and supporter of the Constitution of the United States.  As seen below, Labonte posted a video on February 17th, two days after the school shooting, which he was very clear that he doesn’t personally have the answer to the gun control issue. He goes on to say that in order to make changes, there would need to be a change to the Constitution (WHICH IS A BIG DEAL).  That while he doesn’t have the answer there are people who have ideas, good ideas, on how to keep guns out of the hands of those who shouldn’t have them (i.e. the mentally ill) but not infringe on the rights on mentally stable, law abiding citizens.  These people actually have some knowledge of guns, such as knowing that most modern handguns like the 9mm, .45, .380, or .40 are considered semi-automatic weapons.  He also explains that people are focused on the AR-15 but banning the AR-15 doesn’t solve the problem because there have been mass shootings with other types of weapons and as mentioned, semi-automatic doesn’t simply mean AR-15s, as the media would lead you to believe.

Labonte is not the first person to take a strong stance on a political issue; musicians like Ted Nugent (whom Labonte has been extensively compared to), along with modern bands like Rage Against the Machine, have on many occasions voiced their collective opinion on political matters online, on stage, and in their lyrics. System of a Down have even gone as far as to make statements suggesting America provoked the 2001 attack on the twin towers on the band’s website. And though it was taken down shortly afterward, due in large part to criticism they got from their fanbase, the band’s opinion had no less a shocking effect.

Since posting the video, Labonte has remained supportive of his statement and has posted links discussing the issue in more detail.

There has always been two schools of thought in regards to politics in the music community. One opinion favors publicizing political beliefs, like those of System of a Down. The other supports letting the music speak for itself, allowing fans to form their own objective opinions. For some, the definition of music as an art form has always been to inspire people to think and not to pressure them to think in a certain way. To others, it has been more important to loudly voice an opinion and take a stand. For the former, when musicians have expressed their opinions on social issues and those opinions conflict with their fans or other musicians, there have been quick and polarizing implications. In more recent history, especially in regards to gun control, the climate has shifted towards a more liberal opinion, leading to very vocal reactions against opinions that conflict with the liberal point of view on issues such as universal healthcare, immigration reform, and/or gun control. Many in the music community have spoken out, most in favor of more gun control, after the incident last week in Parkland, Florida, so the fact that Labonte is a supporter of the 2nd Amendment and a gun owner makes him a minority among his peers and seemingly has made him a target for a media attack.

In as much as it pertains to the discussion of gun control, one might assume that the discord will continue to worsen as unrest grows. Within the music community, it can be assumed that more and more bands will speak their opinions, on either side of the fence and will have those opinions criticized. One potential problem in discussing events such as the Parkland shooting consists of the attention it’s given in the media and the breadth thereof. While some music websites do their best to remain impartial, in favor of fair and consistent journalistic presentation, others will continue to voice their opinion, often in a fashion some would view as childish and amateur, further fueling a divide within the music community.

For our part, Bloodrock Media will continue to strive for objectivity. We value the Constitution of the United States, which includes speaking our minds, publishing our opinions, protecting our families, voting, and all of the other freedoms and rights that have been granted to us by our forefathers with this piece of paper.

While Bloodrock does write op-eds, our reporting will continue to be of what we consider to be of the highest professional quality and not hateful, polarizing, or spiteful. Our informative articles will bring you the facts, while our editorials will provide solutions to problems we feel need to be addressed. In an industry that is already beleaguered with suffering show attendance and album sales, we feel that to further deteriorate the situation by simply blasting bands would be taking away from the opportunity to gain insight and understanding of other points of view. We will continue to present facts, and leave you, the reader to make an informed judgement on your own. We believe that treating the reader and those within our community with respect is the best path to discourse, and strongly believe that to do otherwise would be disrespectful to you and to the music community we strongly support.

Thank you for your continued support of our website and the music industry.

Written by April Baggins and Hobbes Caltous for Bloodrock Media on February 19, 2018.

EXCLUSIVE INTERVIEW – SONNY SANDOVAL & TRAA DANIELS OF P.O.D. TALK ABOUT BEING SCREWED OVER BY THEIR FORMER LABEL