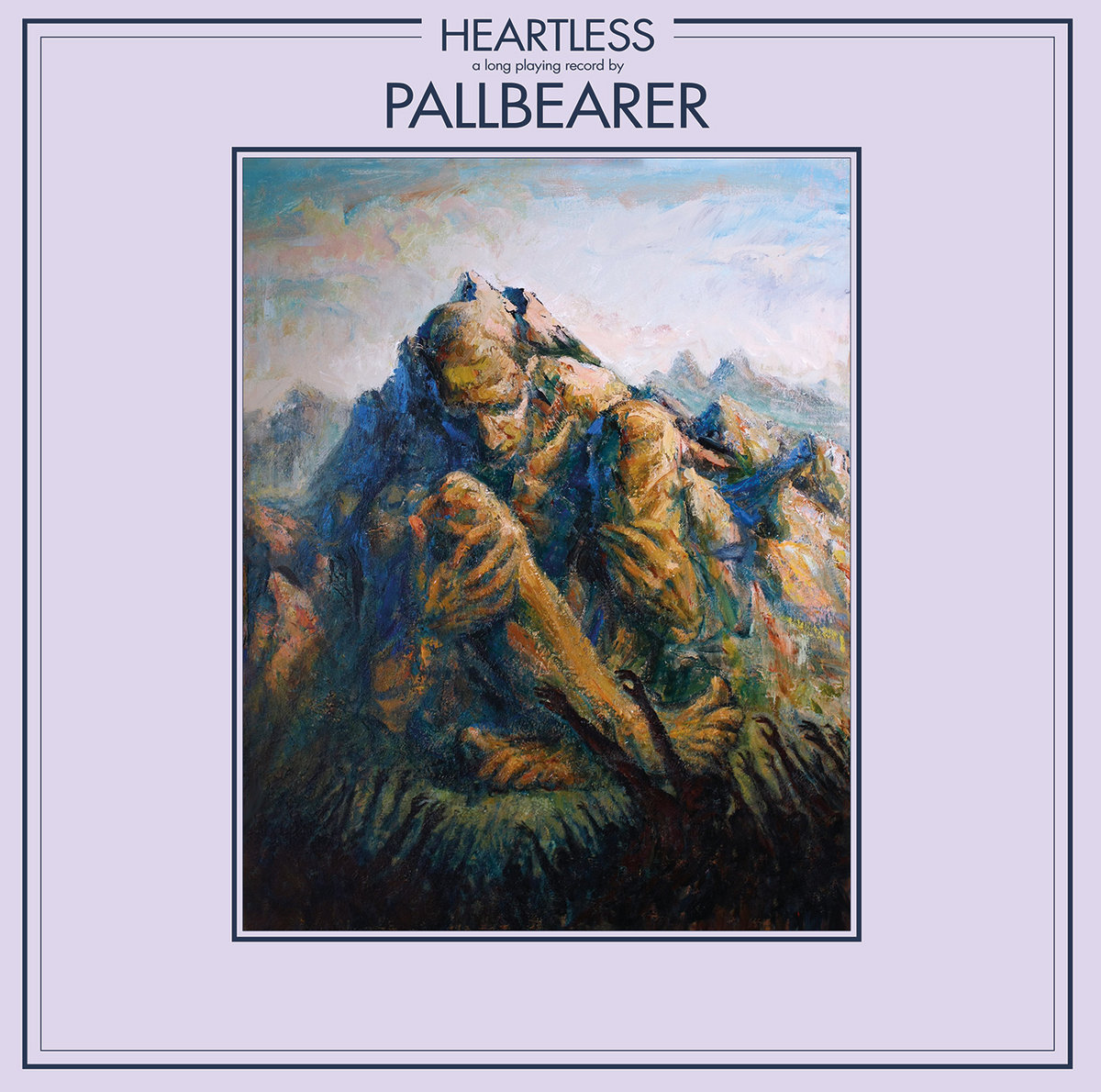 Ahh, these crazy cats from Arkansas.  Pallbearer released its much awaited album Heartless courtesy of Profound Lore Records/20 Buck Spin on March 21st…  and by the grace of the gods, it is one powerful album.  I have been a fan of these dudes since I heard their 2014 album Foundations of Burden.  Last year we had a small taste of how the band had evolved with their EP Fear and Fury which included their insanely amazing cover of Type O Negative’s “Love You to Death”. That little nibble led us to where we are today and Heartless did not disappoint.

Doom, funerals, despair, power, riffs, haunting vocals.  These are all words that came to mind when I listened to Heartless.  Usually bands of this genre fall into a rut where each and every track sounds the same, but this album does nothing of the sort.  For example, the track “Dancing in Madness” has almost a Pink Floyd type feel, and the following track “Cruel Road” punches you in the gut with some of the heaviest riffs you can imagine.

Pallbearer does not just offer amazing tunes though, the packaging of their vinyl is seriously top notch.  I was lucky enough to snag one of their purple versions of Heartless, which really looks nice with the rest of the packaging.

Pallbearer just finished a short US tour and now they are overseas playing Heartless for our friends in Europe.  HAIL DOOM!
Tracklist

GOOD TIGER – WE WILL ALL BE GONE