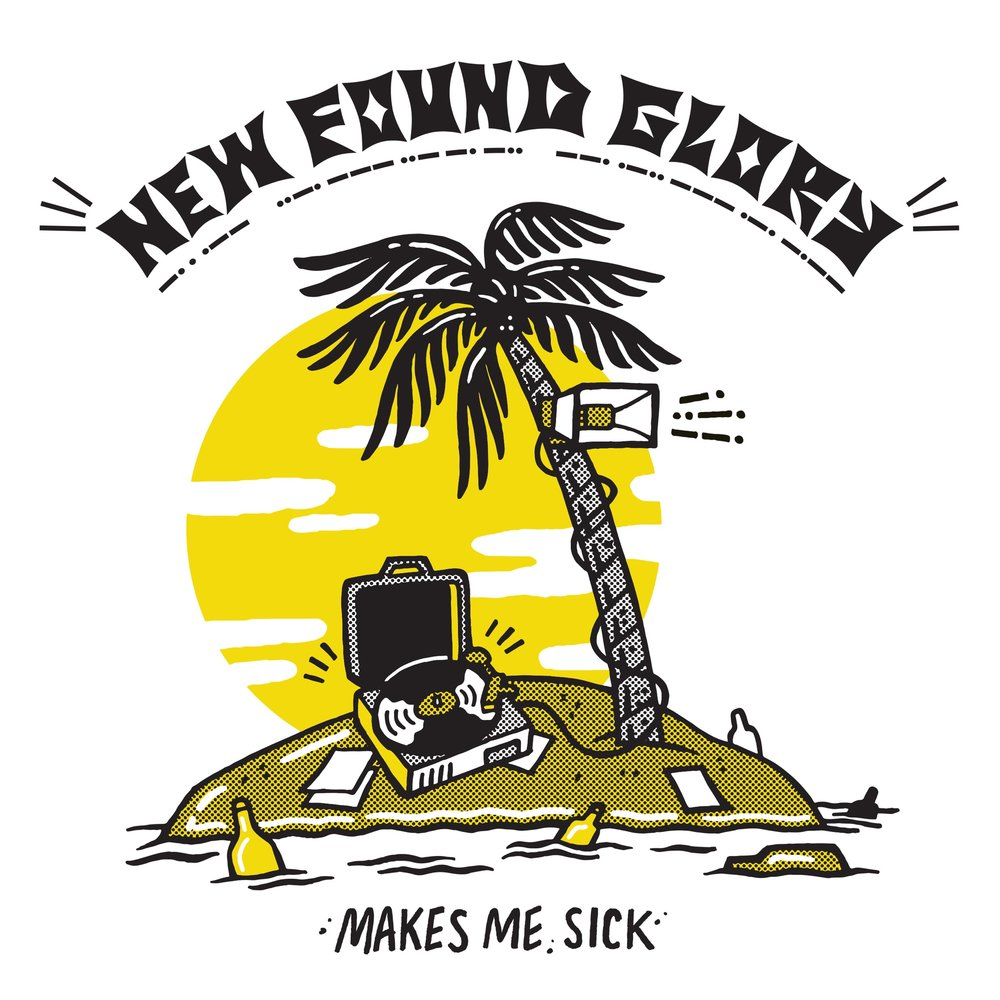 New Found Glory has been on the scene for twenty years. They’ve just released their new album titled Makes Me Sick courtesy of Hopeless Records. Diehard fans have waited three years for a new release from the band.
The first track, if you’ve been a fan, will greet you with the recognizable vocals of Jordan Pundik. You’ll definitely get vibes of the old New Found Glory pop-punk familiarity from the opening track. With this album, you’ll find that the band has graduated to a softer pop-punk feel – but this is not a bad thing. They’ve matured within the genre to still bring what you’ve become used to from them. “Party On Apocalypse” is a perfect example of this maturation – they’re still presenting a sound that fans can count on, but showing their control of their instruments and vocal talents. That isn’t to say they aren’t incorporating a harder feel at times in their tracks. If you were more a fan of their harder sounding songs, “Happy Being Miserable” will please you from the start – crashing drums, heavy riffs, and a song about someone who kind of sucks – you can’t really get more pop-punk than that, right? “Barbed Wire” immediately opens with electric riffs and powerful vocals, incorporating softer drums in the background until the chorus kicks in. The beats in this song are going to make you move.
So, New Found Glory fans, don’t purchase this album and expect exactly the same sound we’re used to. This album presents a maturation of the genre we’ve grown to love – and that isn’t a bad thing. While this album may not sound like the classic pop-punk we’ve grown up with in every track, it is an album that’s a more adult version of the genre – proving that a genre can evolve over time and stay relevant while still weaving classic stylings into it. You won’t be disappointed with what the band has grown into – at least, I know I wasn’t disappointed with this sound.
Tracklist
Lineup
Jordan Pundik – Lead Vocals
Chad Gilbert – Lead Guitar, Backing Vocals, Rhythm Guitar
Ian Grushka – Bass Guitar
Cyrus Bolooki – Drums, Percussion
Check out New Found Glory here:
https://www.newfoundglory.com/
http://www.facebook.com/newfoundglory
https://www.instagram.com/newfoundglory/
https://twitter.com/newfoundglory
https://www.youtube.com/channel/UC1TAp7wegA0AoGJ5kJmHbPw
Written by Har-Lena Quinn for Bloodrock Media
Check out our website and follow us on social media