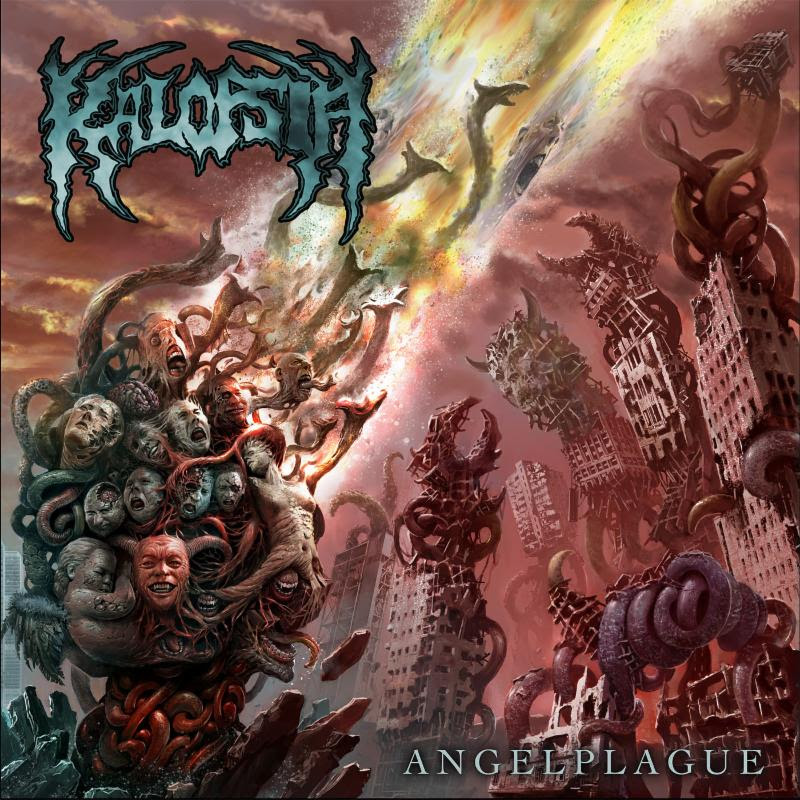 New Jersey Death Metal Derelicts KALOPSIA have released a new song from forthcoming album Angelplague. Stream “Destined to Return” at the following link:
https://youtu.be/51a6dlQ_uXM
KALOPSIA will release Angelplague May 19 through Horror Pain Gore Death Productions. The album is now available for pre-order on CD and digital formats.
Weaving together the blasting intensity of American death metal, Scandinavian  melodies and Jersey’s homegrown breakdowns, Angelplague is KALOPSIA’s most ferociously heavy effort to date. The relentless opener “Destined to Return” is a high-velocity foreshadowing of things to come, while “Christened Upon the Slab” and “Not Peace But Pestilence” focus on knuckle-dragging, head nodding groove. “Scorched Earth and Blackened Skies,” the longest and most dynamic track on the album showcases frenzied fretwork and brutal groove before unleashing a dual-guitar hook that gets stuck in the listener’s head with all the subtlety of a pick axe.
“We wanted to come out swinging” says guitarist Matt Medeiros. “Our last album was focused on speed and dexterity. This time we wanted bigger hooks, and bigger breakdowns.”

Angelplague continues KALOPSIA’s horrific mutation, blending blasting brutality, pit-inducing ignorance, melodic guitar interplay and an old-school vibe to create a pestilential soundtrack to scorch the earth and blacken the skies. The album was produced by Bobby Torres at Frightbox Studios.

“Kalopsia is sure to stand out from other death metal bands. Angelplague is a masterpiece.”
– Bloodrock Media Album Reviews
“Combining blunt intensity found in American death metal, Scandinavian melodies and a modern twist which glues all influences together. This four piece convinces on all terrains.”
– Lords of Metal
“Each of the tracks is a frontal attack to your ears. An enormous dose of brutality.”
– Queens of Steel
“A Death Metal Thunderstorm.”
– Rabin-Report
“U.S. death metal that really rips a new one.”
– Battlehelm
Track Listing:
1. Destined to Return
2. As the Serpent Devours
3. Christened Upon the Slab
4. Not Peace But Pestilence
5. Scorched Earth and Blackened Skies
6. Source of My Evil
7. Surge of Terror
8. Bitter Sacraments 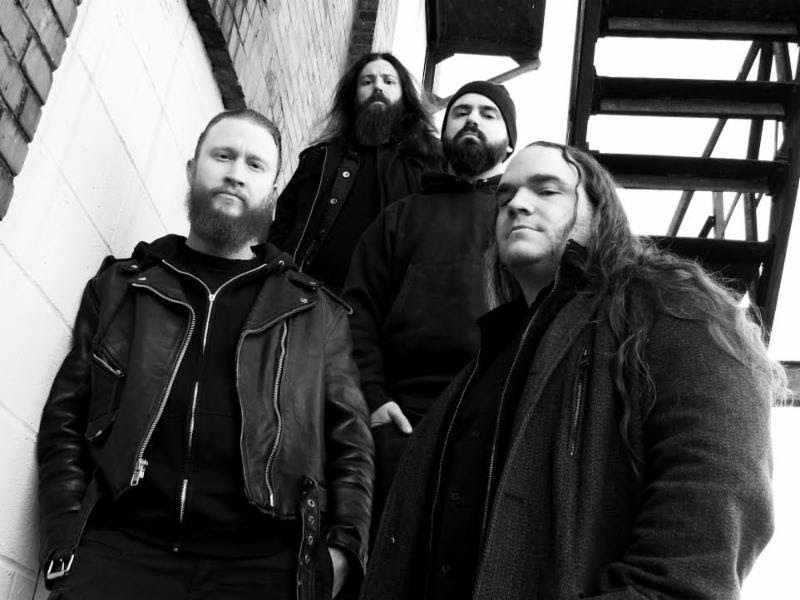