Blood Region – For All the Fallen Heroes

Blood
Region – For All the Fallen Heroes 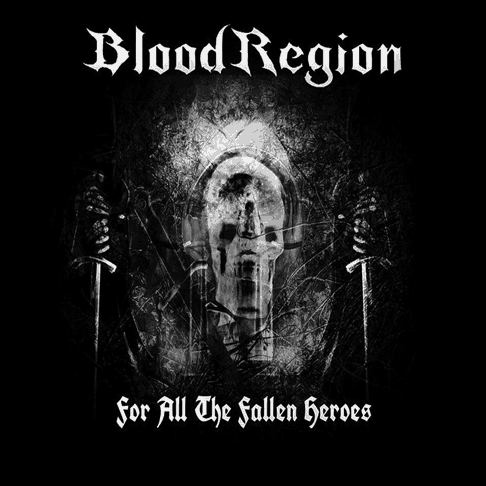 If Slayer and In Flames formed a super group or at minimum a game of Dungeons and Dragons, Blood Reign’s newest release For All the Fallen Heroes would be either the result or what was
blasting during game time.
A magnificent blend of intense harmonic riffs, gruff and meaty
vocals, and a slamming rhythm section, Blood Reign manages to be both
articulate, as well as savage. For All the Fallen Heroes stands out
for its distinctive balance of emotional depth, while maintaining a level of
simplicity. The entire EP will inspire introspection, but isn’t preachy or
pompous. For All the Fallen Heroes exudes a “this is what we are, take
it or leave it” sense to it.  This
message usually gets lost in translation among gruesome imagery for “shock
value” and just general pretentiousness, in metal.
It’s rare you can find an EP that can fit the mood; they rock when
you wanna kick back and chill and they rock when you want to blast some shit to
get hype, but Blood Reign managed to accomplish this flawlessly on For
All the Fallen Heroes.
Exhibiting an amazing blend of melody and mayhem, For All the Fallen
Heroes, knocks it out of the park.
Check them out:
facebook.com/bloodregion
Written by Ken Bowden for Bloodrock Media on January 31, 2017
bloodrockmedia.com
facebook.com/bloodrockmedia

GOO GOO DOLLS – YOU SHOULD BE HAPPY

CALIGULA’S HORSE – THE TIDE, THE THIEF, AND RIVERS END