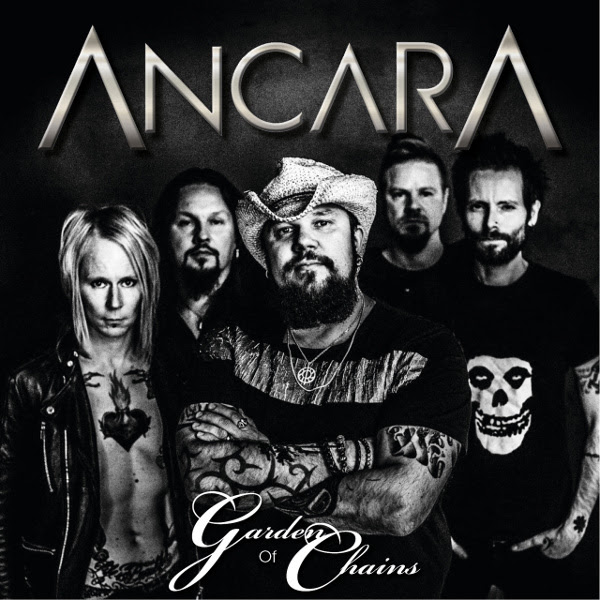 Earlier this week Finnish alt Hard Rock group, AncarA gave the music industry a melodic adrenaline shot in the arm with the release of their fourth album, Garden of Chains. An eclectic blend of various heavy musical genres with flavors that fans of bands like Disturbed to Pagan’s Mind will find entrancing. Garden of Chains is already making waves on the scene.

With the epic feat of filming the video for “Ending Mode” on the frost covered peaks of Mount Everest, to the intense yet melodic tracks “Changes Come” and “Perfect Enemy”, it’s no wonder they have carved a place on both of Finland’s top 10 album and singles charts and show no signs of slowing down.
Video for “Ending Mode” can be seen here:

AncarA’s Garden of Chains is not standard, run of the mill, heavy Finnish fare.  They do their own thing and they do it exceptionally well. Whether that be passionate vocals or blending heavy metal and alternative rock with electronic undertones, Garden of Chains draws you in with a variety of layers of sonic goodness.  Layers that will give listeners something new to appreciate with every listen.  Tracks such as “The End (Easier Than Love)” and hypnotic closer “Better Man” will take listeners on a tremendous hard rock journey.  Garden of Chains does not disappoint, obviously failure would not be expected from a band that has performed an entire concert 4,600 meters high on Mount Everest.

Check out the band here:

Written by Ken Kaizer on March 6, 2017 for Bloodrock Media
Check out our website and give us a follow on social media

IN OTHER CLIMES – PARTY ANIMAL ADVISORY