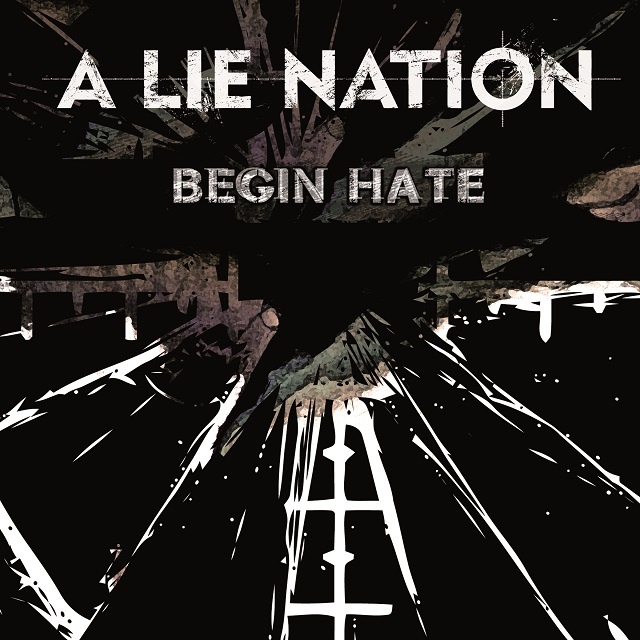 Finnish melodic extreme metalers A Lie Nation will release their second EP entitled Begin Hate, April 5th via Inverse Records. A Lie Nation claims to be driven by aggressive, black metal vocals, and melodic, yet heavy, guitars and Begin Hate is all of that and more. The four track EP can essentially be described as a shotgun blasting chainsaws of black metal pleasure through your skull.  While shotguns and chainsaws may seem like good bedfellows A Lie Nation is not here for hugs and kisses.

Saying Begin Hate is intense is an understatement. Every track is as brutal as the last and is seething with tear your face off pure badassery. Most black metal fans probably haven’t experienced a band with the ability to be ruthless while maintaining a move your body groove and melody since 1987 and death metal gods, Death released Scream Bloody Gore. Do yourself a favor and check out their new music video “Shooting the Messenger” and grab a copy of Begin Hate next month!

An official video from the track “Shooting The Messenger” is available here:  https://youtu.be/ghNkztlf0uQ

SIFTING – NOT FROM HERE